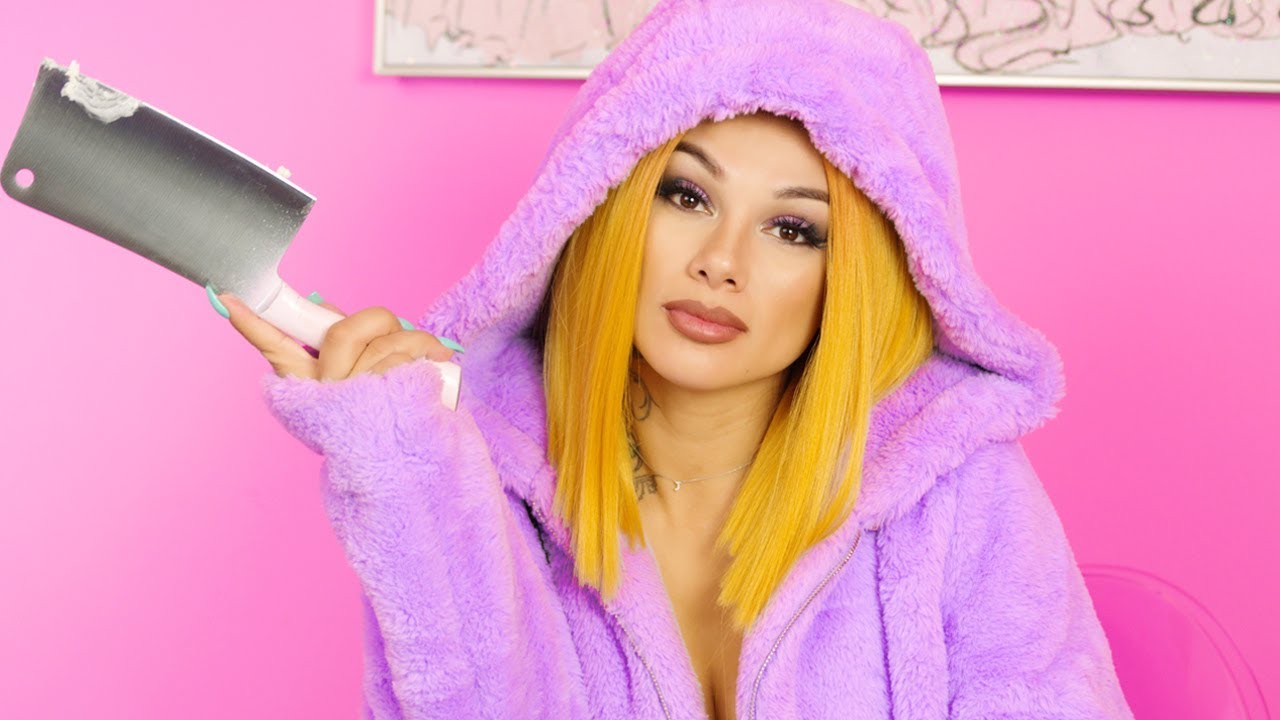 Her sound is infectious and it’s in your face. Claudia Alexandra Feliciano knows this and is not bothered by it one bit. She has been making music for almost all of her life and at one point was signed by Atlantic Records. This month, she launched her Going Off U.S. tour, which will be stopping in Houston on Sunday, June 2, 2019.

Snow Tha Product, as she is better known, is a Mexican-American rapper, singer, producer, and actress who was born in San Jose, California.

At 31, she’s taken the road less traveled to make music her “own” way. For Snow that means working as an independent artist and releasing various singles and mix tapes over the years. Her latest single, Bilingue, is an irresistible take on what it means to be Mexican-American in 2019. Seriously, if you have never heard any of Snow Tha Product’s music, start with this track and work your way through the rest of her repertoire.

“Una horchata y dos de lengua” is the emblematic chant and call to action that stands out the most from this single.

Inferred from the mundane act of ordering an horchata drink and two tongue tacos at any local Mexican restaurant or taqueria, the expression catapults itself into a cultural moment through the power and authenticity of Snow’s performance. Una horchata y dos de lengua establishes commonality and community. It evokes confidence and lets the listener know that the artist shares a deeper understanding of the intricacies of their own self-identity.

Without the employment of a multi-million advertising budget Snow Tha Product achieves what countless multinational businesses strive for in just six words. The rest of the song is just as relatable and real. In one verse Snow addresses Trump right after explaining how she laughs with a “jota” in Spanish instead of with an “H.” Be forewarned, however, some of her lyrics are quite explicit so this song will more than likely not be safe for work.

What we can take away from Bilingue and Snow Tha Product is that more often than not, less is more. Here’s a secret. When it comes to multicultural communications, the sweet spot is often actually in the nuances. Those little things we take for granted and that we don’t realize we feel so strongly about until they are pointed out to us – in a rap song.

Juan Alanis is co-founder of Big Oak Tree Media and Director of Public Relations. He is also an award-winning former journalist and the founder of the leading U.S. Hispanic lifestyle blog on Mexican-American living, Juan of Words. In 2018, he was recognized as Top Content Creator by the national Tecla Awards hosted by Hispanicize Media Group. At SXSW 2019 during the Interactive Festival he presented a panel titled “A Latino Panel for Non-Latinos.”

“I had the great pleasure of working with the Big Oak team while at BakerRipley and they always exceeded my expectations. They are true experts when it comes to public relations and media strategy, effective and always delivered results.  It was refreshing to work with such a professional and highly motivated team.”

“We hired Big Oak Tree Media in October of 2018 to launch the Gulfton Story Trail project and garner media coverage. However, Big Oak Tree Media became indispensable for our organization due to their professionalism and wide range of services they provide… When it comes to digital marketing there are lots of companies in the market, but the Big Oak Tree Media team makes it happen. They have enabled me, coached me and given me the confidence to share Culture of Health –Advancing Together’s story widely.”

“I appreciate Big Oak Tree’s personalized client service. They are creative and always willing to brainstorm with our team, so our campaigns are attention-grabbing and seamless from beginning to end. Because they understand the goals of our respective teams, they can effectively meet a variety of needs… The Big Oak Tree team is experienced, professional, results-driven and simply a joy to work with.”

“One of my mentors once told me, “It is stamps and envelopes, Robin. You just have to do the work.”Some 30 years later, Big Oak Tree Media shares that same philosophy, though using current tools of the trade. They work smart, they get results and they take pride in their work which reflects on clients”